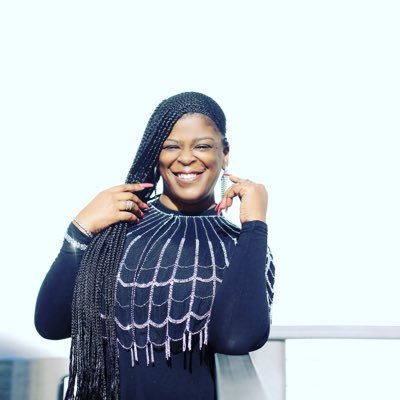 At the age of 15, McCoy and two friends were hit by bullets while attending a high school dance in downtown Stockton. The year was 1994. Over the 20-plus years since then, she has lost countless friends and family members to senseless violence. The loss of her brother Terri in 2012 during a double homicide ignited a passion within McCoy and her family to activate and do their part to prevent others from experiencing heartache and pain as survivors of crime, while challenging and changing the narrative of crime survivors.

Creating a space of healing and amplifying the voices to promote change have been a very important part of their journey. Each of those experiences left so many emotions attached to unanswered questions, while service, assistance, and hope simply did not exist. Law enforcement, community members, and even the church provided very little support, if any. When people experience extreme types of trauma, those events can bring about emotions that are unexplainable - and certainly not containable. Being unable to express despair and receive service can and does contribute to an unacknowledged repetitive cycle of trauma and even more crime. More importantly, it's clear that victims of crime and individuals who "commit crime" want to be restored and are seeking reconciliation. But none of this can happen if they are not given the opportunity to take a seat at the table and share their thoughts and feelings freely in a safe and nurturing environment. The second but most important part of being able to express oneself is knowing that something will change.

Organizing individuals for the National Initiative for Building Community Trust and Justice conversation was no easy task because of the deep hurt caused by the system of law enforcement, the lack of feeling connected, and flat-out disrespect and neglect on behalf of law enforcement toward people in need. During the conversations, individuals were given the opportunity to speak their truth and raw emotion about their encounters with law enforcement and the service they are expected to provide. As mothers of murdered children expressed feeling abandoned by detectives and a young black man expressed his feelings about being racially profiled, a young white woman shared that she had been pulled over only once in 36 years. One couple literally sat and said nothing.

What stood out most to me was the heavy-hearted and human expression on the face of Chief Eric Jones as he listened without response to how some had been failed by a system that is supposed to protect and serve. Although the emotions stood out it was what happened next that resonated with me the most: the acknowledgment and immediate follow-up, within hours, by Chief Jones and his staff on behalf of those families. None of it would have been possible had we all, in spite of our disagreements and biases, decided not to take a seat at that table together with the sole purpose to begin change.

That is what it is about. We have to be willing to take a seat at the table.