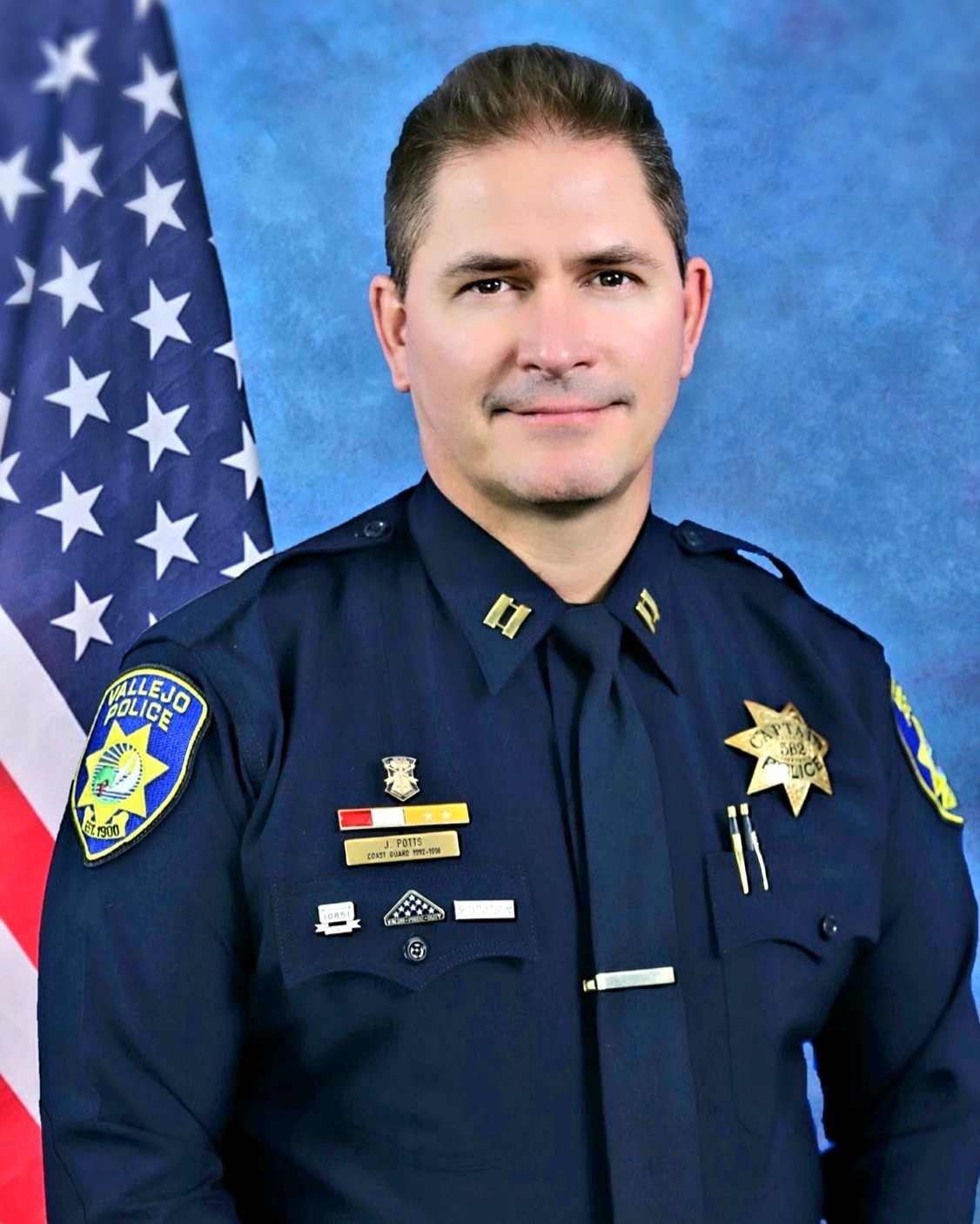 Jason Potts is a captain with the Vallejo (CA) Police Department, where he has served for 20 years and currently leads the department’s Operations Bureau. Potts is also a military Reserve Special Agent with the Coast Guard Investigative Service and routinely travels to Fort Leonard Wood, MO, to instruct military agents in trauma-informed interviewing techniques. A strong advocate for evidence-based policing, he serves on the Board of Directors for the American Society of Evidence-Based Policing, is a National Institute of Justice LEADS alumnus, and in 2019 was inducted into the Center for Evidence-Based Crime Policing at George Mason University. Potts has completed two randomized controlled trials with his department – one that tested the effectiveness of automatic license plate readers and a second that tested the deterrent effects of flashing police lights on auto burglaries and theft in a high-density shopping center. He earned a Master of Advanced Studies in Criminology, Law, and Society from the University of California, Irvine, and holds a certificate of completion from the Police Executive Research Forum, Senior Management Institute of Police. Potts also completed California POST Command College, where he researched the proliferation of ghost guns and the use of social network and NIBIN analysis to identify influencers in those violent networks.