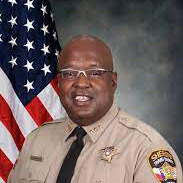 Greg Hamilton is the Chief Customer Officer at CIVICTEC, a provider of technology services and solutions for law enforcement agencies. From 2005 to 2016, Hamilton served as Sheriff of Travis County in Austin, TX. Through his leadership and guidance, the Travis County Sheriff’s Office built strong partnerships with the community to prevent crime and to ensure public safety.

Prior to serving as Sheriff, Hamilton was appointed Chief of Enforcement at the Texas Alcoholic Beverage Commission (TABC). While serving at TABC, he was elected to serve as President of the National Liquor Law Enforcement Association (NLLEA). Under his leadership, TABC received the coveted NLLEA’s “Agency of the Year” two years in a row and several of his initiatives were selected as the “Most Innovative Programs.” During his tenure at TABC, he received the Outstanding Public Service Award, Mothers Against Drunk Driving “Difference Maker Award.” and the El Paso Boys and Girls Club Mentor of the Year Award.

Previously, Hamilton served as president of the Capital Area Law Enforcement Executives and board member of several notable organizations, including The Salvation Army and the Council on at Risk Youth. Hamilton received his Bachelor of Science in Criminal Justice from Southwest Texas State University.