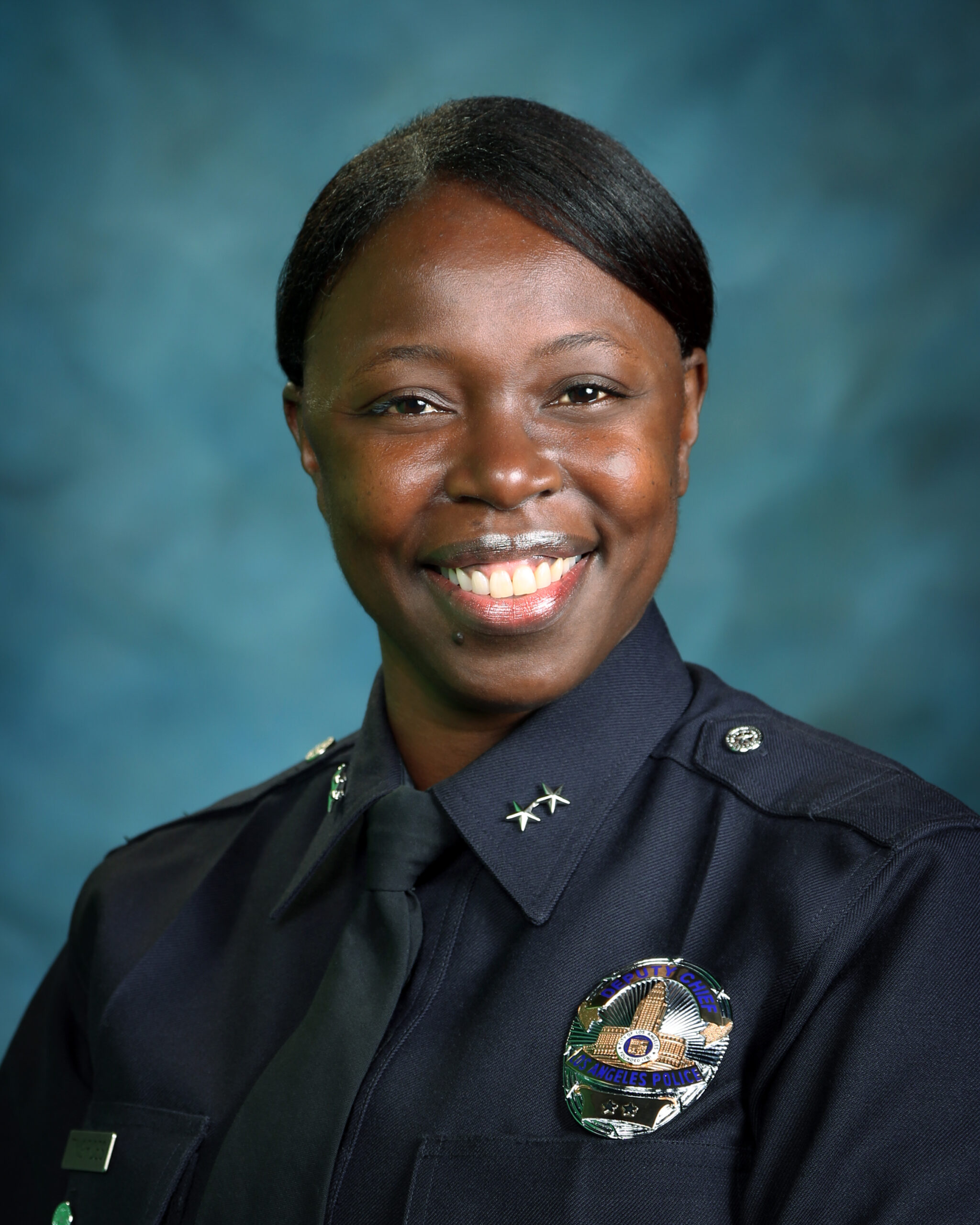 Emada E. Tingirides is a native of Los Angeles who decided to become a police officer following a wave of civil unrest in the city in 1992. After a variety of assignments, including serving as Senior Lead Officer for five years, Tingirides promoted to the rank of Sergeant in 2006, and later became Officer in Charge of the Community Relations Office at Southeast Area Community Police Station. While there, Tingirides focused on bridging the historical gap between law enforcement and the community it serves, and in 2011, she was selected by then Chief Charlie Beck to work on the creation and implementation of the Community Safety Partnership (CSP) program. The relationship-based policing model that defines CSP grew out of the need to find new and innovative ways to address quality-of-life issues in some of Los Angeles’ most underserved communities. Incorporating a dedicated team of officers into several public housing communities, the initiative helped residents enter programs, advocate for themselves, and thrive without the fear of crime in their community. As relationships were forged and community trust increased, crime at each of the CSP sites dropped dramatically. Following a series of promotions, Tingirides in August 2020 became Deputy Chief and Commanding Officer of a new Community Safety Partnership Bureau, where she oversees nine CSP teams. In 2015, she was named the Public Official of the Year by Governing Magazine and one of Los Angeles’ Most Influential Women by Los Angeles Magazine, and was a distinguished guest of First Lady Michelle Obama during the State of the Union Address. Tingirides obtained a bachelor’s degree in criminal justice from National University and a Master of Advanced Study in Criminology, Law, and Society from the University of California, Irvine.