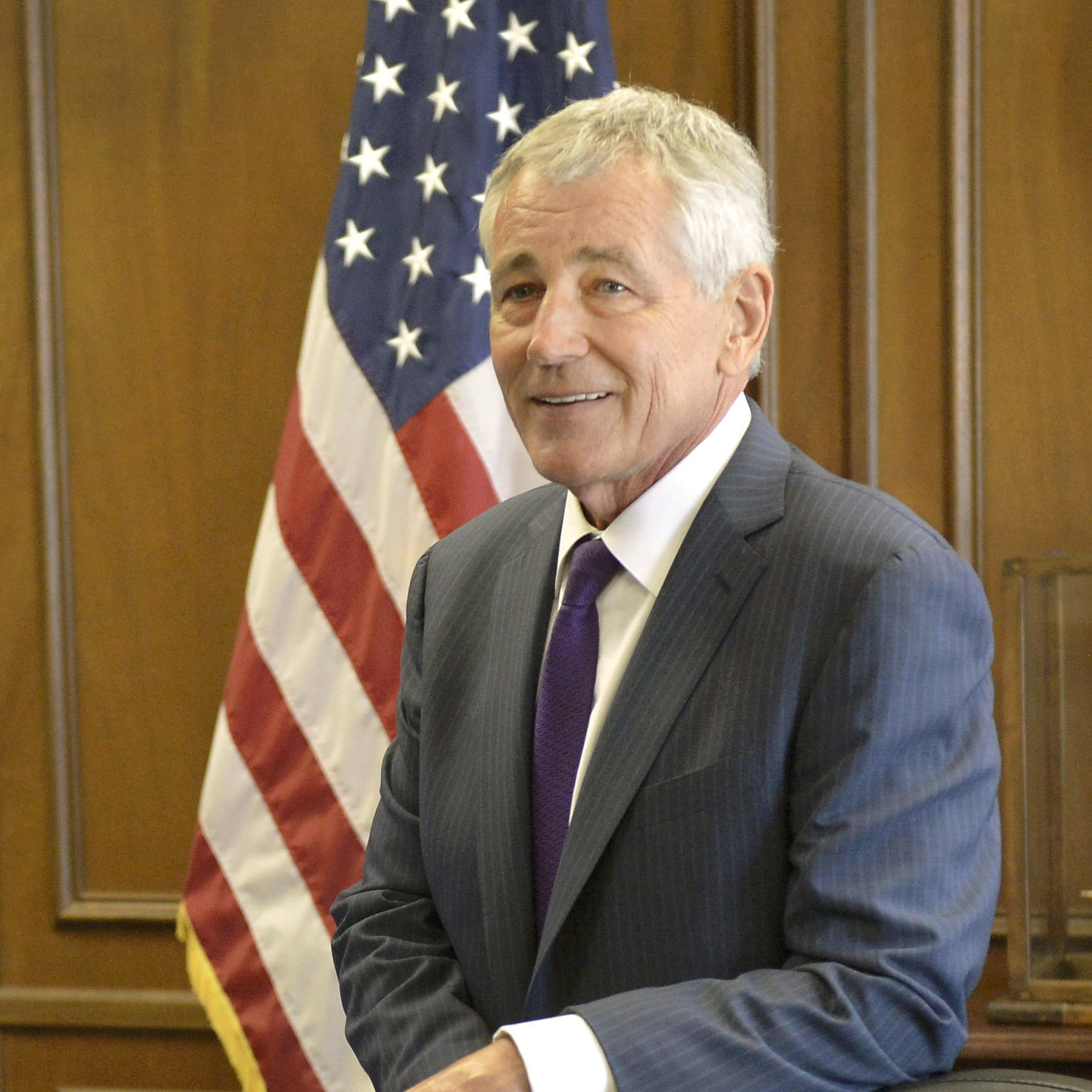 Chuck Hagel was the 24th Secretary of Defense, serving from February 2013 to February 2015. During his tenure, he directed significant steps to modernize America’s partnerships and alliances, advance the rebalance in Asia-Pacific, bolster support for European allies, and enhance defense cooperation in the Middle East while overseeing the end of America’s combat mission in Afghanistan. He led major initiatives to increase resources for suicide prevention, combat sexual assault, and account for missing personnel. Secretary Hagel also improved partnerships with the Department of Veterans Affairs to include health record interoperability, service treatment record transferability, and continuity of mental health services and support. Secretary Hagel launched the Defense Innovation Initiative to better prepare the Pentagon for future threats, and enacted comprehensive reforms to the Nuclear Enterprise and Military Health system. He remains the only Vietnam veteran and the first enlisted combat veteran to have served as Secretary of Defense.

Hagel served two terms in the United States Senate (1997-2009) representing Nebraska. He was a senior member of the Senate Foreign Relations; Banking, Housing and Urban Affairs; and Intelligence committees. He chaired the Foreign Relations International Economic Policy, Export and Trade Promotion Subcommittee as well as the Banking Committee’s International Trade and Finance and Securities subcommittees. Hagel also served as the Chairman of the Congressional-Executive Commission on China and the Senate Climate Change Observer Group.

Previously, Hagel was a Distinguished Professor at Georgetown University, Co-Chairman of the President’s Intelligence Advisory Board, Chairman of the Atlantic Council, Chairman of the United States of America Vietnam War Commemoration Advisory Committee, and Co-Chairman of the Vietnam Veterans Memorial Fund Corporate Council. He served as a member of the Secretary of Defense’s Policy Board, Secretary of Energy’s Blue Ribbon Commission on the Future of Nuclear Power, the Public Broadcasting Service (PBS) Board of Directors and Systemic Risk Council; as a Senior Advisor to Gallup; and on numerous advisory boards, including Deutsche Bank America, the Center for the Study of the Presidency, the George C. Marshall Foundation, Georgetown’s Institute for the Study of Diplomacy, the International Center for the Study of Radicalization and Political Violence, the U.S. Institute of Peace Middle East Senior Working Group, the American Security Project, and The Washington Center.

Prior to his election to the U.S. Senate, Hagel was president of McCarthy & Company, co-founder of VANGUARD Cellular Systems, Inc., President and CEO of the World USO, Private Sector Council (PSC), and CEO of the 1990 Economic Summit of Industrialized Nations (G-7 Summit). Hagel also served as Deputy Administrator of the Veterans Administration under President Ronald Reagan and Deputy Commissioner General of the 1982 World’s Fair. He is the author of the book, America: Our Next Chapter and was the subject of a 2006 book by Charlyne Berens entitled, Chuck Hagel: Moving Forward.