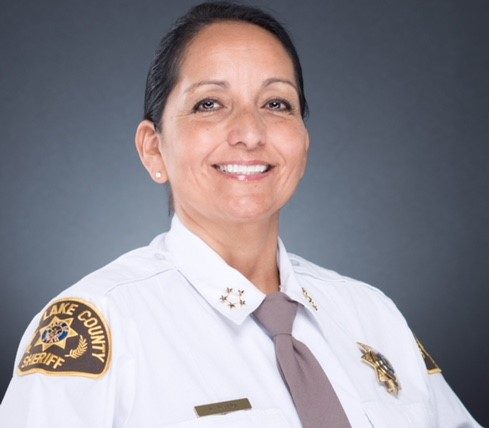 Rosie Rivera was sworn in as Sheriff of Salt Lake County on August 15, 2017, becoming the first female sheriff elected in the State of Utah. Rivera began her career in law enforcement in 1993, ascending from officer to detective, sergeant, lieutenant, deputy chief and ultimately sheriff. She has served in many capacities during her tenure, including patrol, community policing, gang detective, investigations, narcotics, administration, and as department spokeswoman. In her current role, Rivera oversees the largest jail and largest Court Security Bureau in Utah and serves as CEO of the Unified Police Department of Greater Salt Lake.

Sheriff Rivera believes in transparency in law enforcement as well as justice for all. She is passionate about finding alternatives to incarceration by supporting programs such as drug addiction treatment, mental health treatment, and additional housing for the homeless. As sheriff she has put these passions into action by building a more diverse team, bringing in Medically Assisted Treatment to the jail, supporting and implementing pretrial release programs, and creating a transparent and fiscally responsible approach to the budget process. She has advocated for victims and survivors of domestic violence throughout her career and remains actively involved in mentoring gang-involved youth.

Rivera has received many awards throughout her career. As sheriff, she has been honored with the 2018 Tonahuac Award, 2018 Ignacio Zaragoz Award, 2018 Sundance Women in Leadership Award, 2019 American Society of Public Administration Distinguished Service Award, 2019 YWCA Outstanding Achievement Award for Public Service and the 2020 Rosa Parks Award. Rivera is the mother of three adult children and grandmother to six grandchildren.