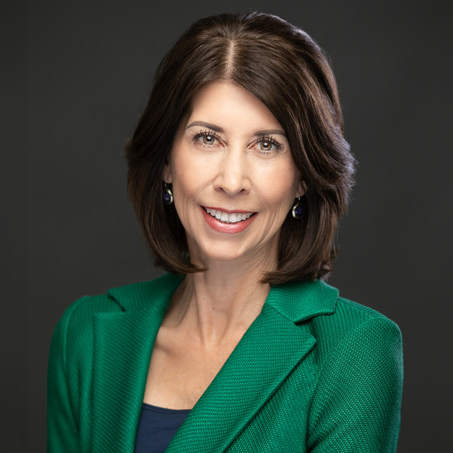 Dr. Nancy La Vigne is a nationally recognized criminal justice policy expert and nonprofit executive whose knowledge spans policing reform, federal corrections reform, reentry from prison, and evidence-based criminal justice practices. She most recently served as vice president of justice policy at the Urban Institute. Over the course of a decade at Urban, La Vigne directed the institute’s Justice Policy Center, leading a staff of over 50 researchers and overseeing a research portfolio of more than three dozen active projects spanning a wide array of crime, justice, and public safety topics. From 2014 to 2016, La Vigne also served as executive director for the congressionally mandated bipartisan Charles Colson Task Force on Federal Corrections Reform.

Prior to joining the Urban Institute, La Vigne was the founding director of the Crime Mapping Research Center (since renamed the Mapping and Analysis for Public Safety program) at the National Institute of Justice, the research, technology, and evaluation arm of the U.S. Department of Justice (DOJ). She later served as Special Assistant to the Assistant Attorney General for the Office of Justice Programs within DOJ. La Vigne has held positions as research director for the Texas sentencing commission, research fellow at the Police Executive Research Forum, and consultant to the National Council on Crime and Delinquency. Her research has focused on criminal justice evaluation, prisoner reentry, policing, crime prevention, and the spatial analysis of crime and criminal behavior. She has published widely on these topics, appearing in a variety of scholarly journals and practitioner publications.

La Vigne holds a bachelor’s degree from Smith College, a master’s in public affairs from the Lyndon B. Johnson School of Public Affairs at the University of Texas-Austin, and a doctorate from the School of Criminal Justice at Rutgers, The State University of New Jersey.