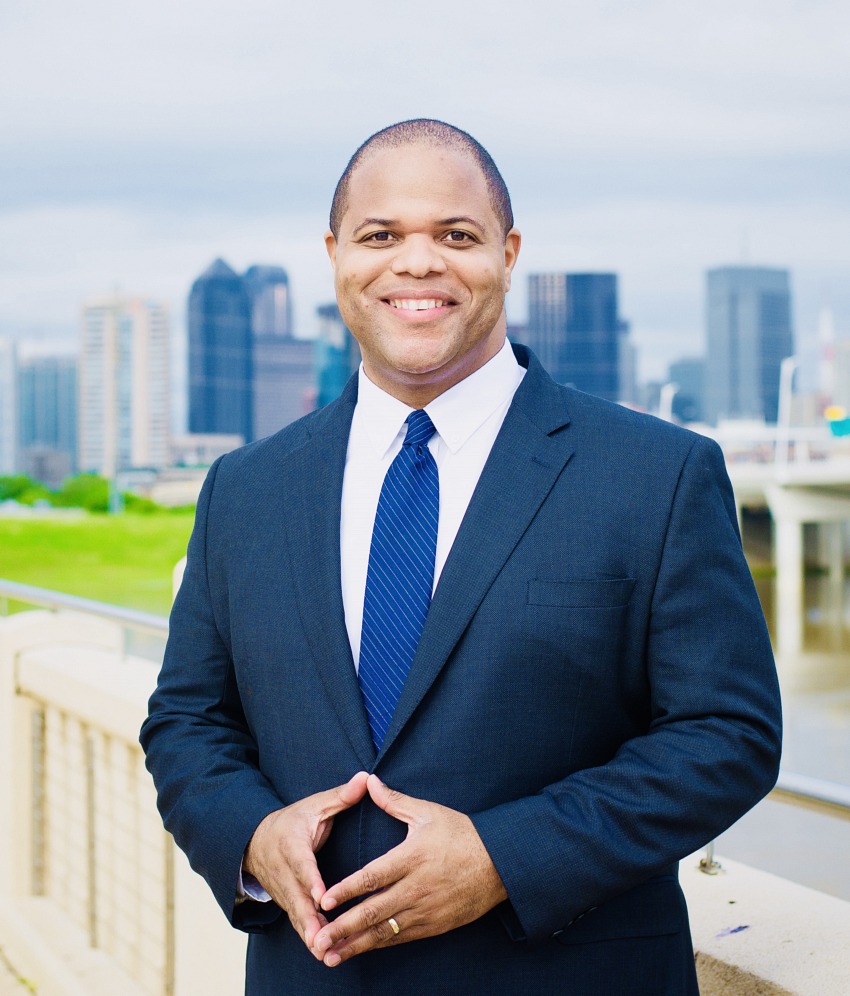 Eric Johnson is the 60th Mayor of Dallas, Texas, elected in June 2019. Prior to becoming mayor, Johnson served as a member of the Texas House of Representatives, where he represented the City of Dallas, from April 2010 to June 2019. During his tenure in the Texas Legislature, Johnson served on twenty prominent legislative committees, including Appropriations, Ways and Means, Higher Education and Natural Resources. He also served as chairman of the Dallas Area Legislative Delegation. In addition to his service as Mayor of Dallas, Johnson is an attorney and partner with the international law firm of Locke Lord LLP.

Johnson was born in Dallas and attended Dallas Independent School District schools through first grade before earning a scholarship to Greenhill School through the Boys and Girls Clubs of Greater Dallas. He attended Harvard College, where he graduated cum laude with a degree in History. Johnson holds a law degree from the University of Pennsylvania Law School and a master’s degree in Public Affairs from the Woodrow Wilson School of Public and International Affairs at Princeton University. He also is an alumnus of Harvard University’s John F. Kennedy School of Government’s Senior Executives in State and Local Government program and is a member of the Council on Foreign Relations.

Mayor Johnson lives in Dallas with his wife, Nikki, their two sons, William and George, and their dog, Penny. He is a member of the Mountain View Church of Christ.