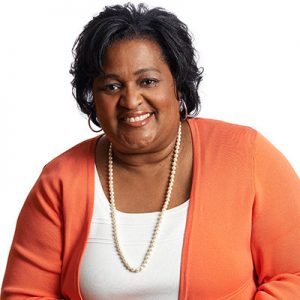 Collette Flanagan founded Mothers Against Police Brutality (MAPB) after her son, Clinton Allen, was shot to death by a Dallas police officer in March 2013. Clinton, who was unarmed, was shot once in the arm, five times in the chest, and once in the back. Flanagan's experiences in the aftermath of this official homicide - the indifference of Dallas City Hall, the lack of assistance to the surviving family, the vilification of her son in the media, and the impunity enjoyed by the killer - turned her grief into anger and then into action. A former IBM executive, Flanagan has, in a very short time, built MAPB into an inter-generational, multi-ethnic, multicultural organization with a local and national presence.

Among its other activities, MAPB has pressured Dallas Police Chief David Brown to be more transparent in the investigations of fatal police shootings. In one key change, Brown announced that the department would display information on police shootings on the police department website. MAPB also urged the city to suspend officers for 30 days following a shooting, rather than for the three days mandated by policy. That change was made by Brown as well.

In November 2014, Flanagan led a delegation of Mothers to Washington, DC, where MAPB held the first congressional briefing to demand a national response to police violence and to press for federal reforms to end abusive, militarized, and biased policing, particularly of African-American and Latino communities. Two years later, MAPB released "9 Steps for Justice in Policing to End Unaccountable Police Violence." MAPB has outlined these strategic steps in major forums sponsored by the United Nations and by the Robert F. Kennedy Foundation.

A leading advocate for peace and justice, Flanagan in 2015 became a prestigious Echoing Green Fellow and has also been awarded the Black Male Achievement Fellowship. She keeps a heavy schedule of meetings and speaking engagements at colleges and other organizations and consistently lends her voice to the movement against police violence. Flanagan remains "inspired by my children, and by other families and victims of police brutality. I will not let my son, and their sons, fathers, and brothers, be forgotten."