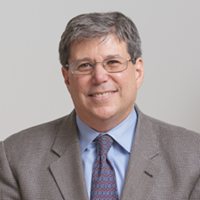 Member, Board of Directors
Executive Director, CUNY Institute for State and Local Governance

The author of Downsizing Prisons: How to Reduce Crime and End Mass Incarceration, Jacobson spent most of the 1990s serving as New York City probation commissioner and correction commissioner under Mayor Rudy Giuliani. He also served as the city's budget director and led the Vera Institute of Justice for eight years before joining CUNY in 2013.