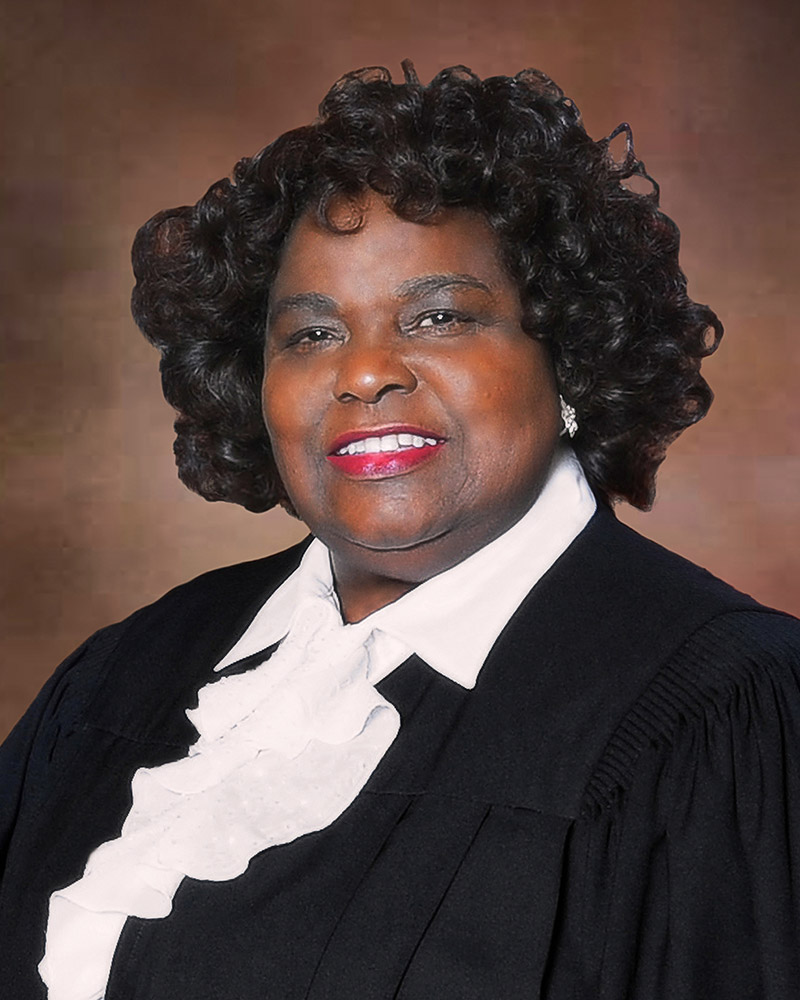 Johnson served as the first Black and only the second female Chief Justice of the Louisiana Supreme Court. She was first elected to the state’s highest court in 1994, and was reelected without opposition in 2000 and 2010. As the senior justice on the court, she was sworn in as Chief Justice on February 1, 2013 and served until her retirement at the end of 2020.

A lifelong advocate for social justice and civil rights, Chief Justice Johnson began her judicial career in 1984, when she became the first woman elected to serve on the Civil District Court of New Orleans. In 1994, her colleagues elected her Chief Judge. While on the bench, she served on the National Campaign on Best Practices in the area of Racial and Ethnic Fairness in the Courts and championed many successful initiatives, including the training and certification of the Limited English Proficiency Interpreters in the courts and the implementation of an electronic filing system for the Louisiana Supreme Court.

Widely recognized as a trailblazer in the judiciary, Chief Justice Johnson is the recipient of numerous awards, including the prestigious Joan Dempsey Klein Award from the National Association of Women Judges, the 2010 Spirit of Excellence Award from the American Bar Association’s Commission on Racial and Ethnic Diversity in the Profession, and the 1998 Margaret Brent Women Lawyers of Achievement Award. In 2010, she was inducted into the National Bar Association (NBA) Hall of Fame and was awarded the Distinguished Civil Rights Advocate Award by the Lawyers’ Committee for Civil Rights Under the Law. And in 2019, she received the prestigious Gertrude E. Rush Award from the NBA for her leadership in the community and in the legal profession, as well as her concern for human and civil rights.

Chief Justice Johnson was one of the first Black women to attend and earn a Juris Doctorate degree from the Paul M. Hebert Law Center at Louisiana State University, and also received an Honorary Doctorate in Law from Spelman College in 2001. She was inducted into the LSU Law Center’s Hall of Fame in 1996 and was named as an Honorary Inductee into the LSU Order of the Coif.

In tribute to her lifelong commitment to the legal profession and the citizens of Louisiana, the Louisiana Supreme Court Law Museum was renamed the Chief Justice Bernette Joshua Johnson Supreme Court Museum.